The Overlooked Tool of Presilience

Many people think about resilience but only a select few plan for it.

I don’t know if I would call it a “superpower,” but I am pretty adaptable. I have stayed in Amish homes and in Maasai huts. I lived for a month with a family in a remote village in India where I had to bathe by drawing water from a well. I have hunted for my dinner in the far North of Greenland. It is difficult for me to pinpoint what, exactly, makes me so adaptable. In part, I am certain, it is related to my ability to improvise. I can leave the house without a wallet and still mage to complete my errands (it has actually happened). In fact, my tendency to improvise and my confidence in my ability to adjust has lulled me into a certain mindset regarding resilience. Specifically, I have always thought of resilience as the ability to deal with and—ultimately—bounce back from hardship when it occurs. It wasn’t until I learned the important lessons from a calamity artist that I understood that there was an alternate—and equally effective—path.

Calamity artists are people with a propensity to see hardship ahead of time. To the casual observer, they come across as pessimists fretting about all sorts of potential calamities that might befall us. It is easy to dismiss them as chronic worriers. For the longest time, that is exactly what I did. I took pride in my joyful optimism and easy resilience. Until I noticed how prepared and efficient the calamity artists around me were. I learned about “presilience;” the art of planning for hardship and, thereby, being better able to cope with it when it arrives.

Once I started looking, I saw the benefits of presilience everywhere. Special forces soldiers train in “live fire” exercises so that they are better able to deal with combat when it happens. The coach of Michael Phelps, the Olympian, broke his goggles so that he would have to deal with the unforeseen should it arise. Students worried about a difficult final exam double down on extra study. People on quick-turnaround business trips pack an extra set of clothes in case one gets stained. The list goes on and on.

In fact, there is research on so-called “defensive pessimism” that suggests that these folks differ from classic pessimists in important ways. Classic pessimists are likely to give up effort because they are convinced that things won’t work out. Defensive pessimists, by contrast, harness their negative expectations and worry to increase motivation and effort. They perform better—both athletically and academically—and generally cope better. The evidence was wide-ranging enough that I came to believe that presilience might be a tool that I could add to my natural resilience.

Presilient thinking, as the name implies, differs from resiliency in that the latter is a reaction, and the former harnesses the ability to plan ahead. People who are high in presilience suffer a little more hand-wringing and worry, but they also tend to be well prepared. Imagine two people living in an earthquake-prone area. One relies on his natural problem solving and believes that he will just “figure it out” if there is an earthquake. The other prepares for a possible disaster and has a bag of supplies ready. This second person might suffer a temporary hit to happiness because she is taking the possibility of an earthquake more seriously, but she will also be better able to cope in the event it actually happens.

The earthquake example might sound like long odds, but there are many examples that occur more frequently. Covering outdoor pipes because of a possible freeze, checking the tread on tires before a long trip, diversifying investments, taking a CPR class, installing smoke detectors, planning to be back home for the kids’ nap time, leaving early to beat rush hour, and mailing gifts before the holiday rush are all examples of preparations taken with possible negative outcomes in mind. This is known as “prefactual thinking” and it is the idea that if you engage in X activity you can influence Y outcome. It turns out that people high in presilience are superior at engaging in a number of planning-related behaviors.

For example, some calamity artists are able to systematically use lessons from the past for future planning. Again, imagine our two people preparing for a Christmas holiday. Our resilient optimist acknowledges that, sure, holidays can be stressful, and just assumes that he will rise to the occasion and deal with whatever comes up (if and when it comes up). By contrast, our defensive pessimist logs the specific stress from one Christmas—Uncle Moe is insufferable, spending gets out of hand, cleaning the house is a burden—and then plans to mitigate it the next Christmas. She avoids inviting Uncle Moe over, budgets ahead of time, and hires a cleaner the week of the holiday. In the end, she worries a little more overall but has fewer problems over Christmas than her optimistic counterpart.

In addition to looking backward for lessons, it is possible to look forward. In a technique called “prospective hindsight” people pretend an event has already occurred. Imagine, for example, that you have already given your keynote address, or that you already flew to Hawaii, or that you already dropped your kid at college, or that you already gave your supervisee tough feedback. Psychologically speaking, there is something mentally distinct about pretending these events have already happened than just wistfully musing about them. The latter leads to abstract feelings and emotions and the former paints are specific picture. Calamity artists are able to use this specific picture to plan better. They are able to envision what might go wrong in that tough conversation with the supervisee and plan for it accordingly. They are able to foresee potential problems with taking their child to college and so be better prepared.

Presilience, the art of planning for adversity, is a potential companion to resilience, the natural coping with challenge after the fact. Both are important processes and each has its own benefits. I have come to realize that people high in presilience have a bit of an advantage because they are capable of resilience—same as me—but they also walk into adversity better prepared. The cost, of course, is that they suffer a little extra worry ahead of time. If I am being honest, however, that sounds like a fair exchange for the many inefficiencies I suffer while improvising solutions.

My advice to those who want to dip their toe into the pool of presilience is to create an adversity plan. You cannot foresee everything that will go wrong, of course, but there are many instances in which stressors are recurring or predictable. For example, when the Coronavirus pandemic first hit, and I was confined to my home, I suffered for not having an adequate home gym. I had always relied on out-of-home workouts and my overall fitness went down during those early months. Once the lockdown restrictions were lifted, however, I was able to exercise outdoors and at gyms. By the same token, I listened as health experts warned of a second wave of infections. I planned accordingly by purchasing some home workout equipment. Indeed, once the second wave of infections hit and gyms were once again shuttered, I was better prepared.

To make a plan of your own consider these critical questions:

1. What is the specific challenge I will face?
2. What can I do to prepare for it?
3. What strengths and resources do I have that will help me face it?
4. How will I remember to use these once the adversity happens?

You can use your answers to these questions as a sort of “in case of emergency, break glass” type of resource. Metaphorically speaking, it is better to have a fire extinguisher and not need it than to need it and not have it. I recommend that people have some physical representation of their plan: a written letter, a symbolic object, an image or the results of a strengths assessment all make nice reminders of one’s ability to rise to the occasion.

In the end, it is easy to see why I dragged my feet for so long. The upside of being a resilient person is that you are optimistic, confident, and relatively worry-free. In fact, I always avoided the worry-prone thinking that is core to the presilience approach. Time and again, however, I have seen that the tiny spikes of concern are a small price to pay for preparedness. You don’t need to swap out optimism for pessimism but you can effectively add planning to improvisation. 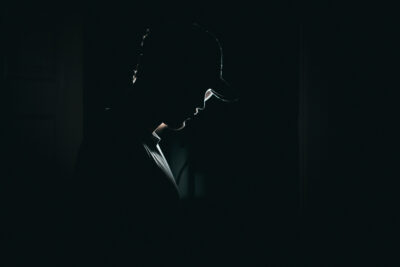 3 things to know about defensive pessimists 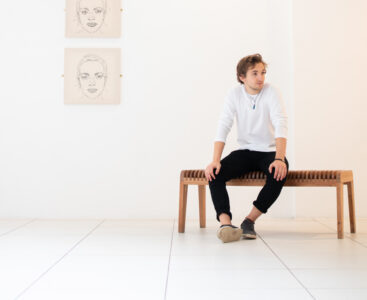 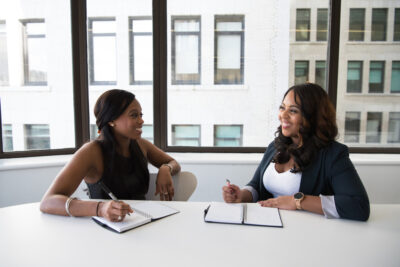 How to Become a Coach